We all know that the best way to get something done is to write down a list of what to do. Well, here for you need of course some idea of what it is you are doing and that usually implies a little of analysing or broadly spoken “cutting into pieces”. In doing so it is sometimes necessary to keep cutting the things again and again until they are small enough to be digested. Parallels to actual eating food? Yes, naturally we wouldn’t eat the whole salmon in one go – even if it smells delicious and we can’t wait to have it down our throats. We would separate it into smaller pieces and then start pleasing our taste buds … but what happens when our cutting results in pieces which have the same behavior or structure, lets say pattern as one of the previously found? Deadlock? Frustration? Maybe initially some excitement of recognizing something and some pleasure of presumptuous “Oh, I know that!”. but that will die away quickly when we realize that we actually didn’t understand anything. Point of depression is reached quickly.
However, no need to be disappointed. Just change the zoom from in to out and look at it from the whole. Embrace the thing. Let it simmer in your brain and find its own way. Remember the fractals and Mandelbrot set pictures? How certain pattern popped up again and again and the recursiveness of the whole thing became more and more obvious to that extent that we actually do understand now what this is about. At least some of us. Almost not necessary as these pictures stand on their own anyway because they are intriguingly beautiful or at least interesting. Or lets think about a very simple analysis disaster – the chicken and the egg. You won’t get very far with cutting this down unless you ditch the question of what was first and have a roasted chicken with an omelet. Zoom out, get in the zone and embrace it and you will find the circle. You might argue that is not a real answer. but hey ho you probably haven’t zoomed out enough yet to get in the zone. 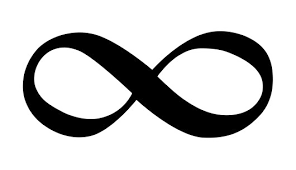